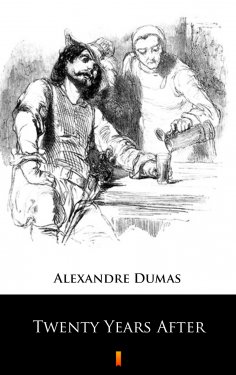 Anyone old enough to have friends they haven’t seen for many years knows how difficult it can be to get everyone together again. And when you do, it’s never quite the same. That’s the theme of „Twenty Years After” (1845), Alexandre Dumas’s sequel to „The Three Musketeers” that is a supreme creation of suspense and heroic adventure. This story follows events in France during La Fronde, during the childhood reign of Louis XIV, and in England near the end of the English Civil War, leading up to the victory of Oliver Cromwell and the execution of King Charles I. Here the much beloved D’Artaganan, Athos, Porthos and Aramis reunite to fight the forces of evil. In the original novel they defeated Milady, a formidable foe; now they need to face her vengeful son Mordaunt, as well as countering the machinations of the sinister Cardinal Mazarin. Translated into many languages and adapted for cinema and television, „The Musketeer” novels have helped to make Dumas arguably the most successful exporter of French culture to the wider world.