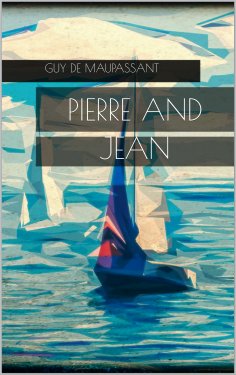 "Tschah!" exclaimed old Roland suddenly, after he had remained motionless for a quarter of an hour, his eyes fixed on the water, while now and again he very slightly lifted his line sunk in the sea. Mme. Roland, dozing in the stern by the side of Mme. Rosemilly, who had been invited to join the fishing-party, woke up, and turning her head to look at her husband, said: "Well, well! Gerome." And the old fellow replied in a fury: "They do not bite at all. I have taken nothing since noon. Only men should ever go fishing. Women always delay the start till it is too late." His two sons, Pierre and Jean, who each held a line twisted round his forefinger, one to port and one to starboard, both began to laugh, and Jean remarked: " You are not very polite to our guest, father." M. Roland was abashed, and apologized.