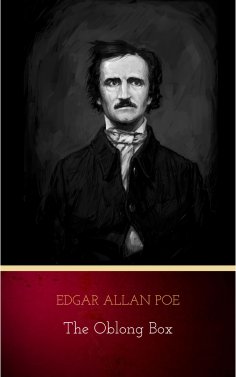 "The Oblong Box" is a short story by Edgar Allan Poe, first published in 1844, about a sea voyage and a mysterious box.
The story opens with the unnamed narrator recounting a summer sea voyage from Charleston, South Carolina to New York City aboard the ship Independence. The narrator learns that his old college friend Cornelius Wyatt is aboard with his wife and two sisters, though he has reserved three state-rooms. After conjecturing the extra room was for a servant or extra baggage, he learns his friend has brought on board an oblong pine box: "It was about six feet in length by two and a half in breadth." The narrator notes its peculiar shape and especially an odd odor coming from it. Even so, he presumes his friend has acquired an especially valuable copy of The Last Supper.