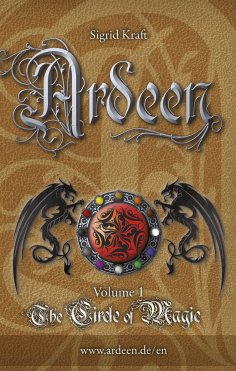 The young Eryn grows up cut off from the world in the remote mountain region of Ardeen. In the clan community of the Fenn, far removed from any sort of magic, he is taught to spurn sorcery and to believe in the power of the Gods.

When war ravages the country, he finds himself drawn into the vortex of events. Abducted by his enemies, he is taken to the Lowlands, where mages accidentally discover his great potential for magic, and a completely new world opens up to him.

Arduous years of study begin, during which Eryn tries to decipher the secrets that weave themselves around him. Here, nothing is as it first appears.
The world of Ardeen is a place full of magic and mythical creatures. With wit and irony, the story develops through a series of smaller, self-contained episodes which quickly make clear that even the best mages have to struggle with rather ordinary everyday problems.