Six Characters in Search of an Author 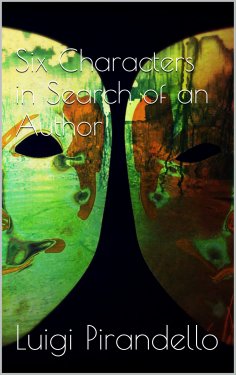 The Manager [interpreting the rising anger of the COMPANY]. But I would beg you to believe, my dear sir, that the profession of the comedian is a noble one. If today, as things go, the playwrights give us stupid comedies to play and puppets to represent instead of men, remember we are proud to have given life to immortal works here on these very boards! [The ACTORS, satisfied, applaud their MANAGER.]
The Father [interrupting furiously]. Exactly, perfectly, to living beings more alive than those who breathe and wear clothes: beings less real perhaps, but truer! I agree with you entirely. [The ACTORS look at one another in amazement.]
The Manager. But what do you mean? Before, you said...
The Father. No, excuse me, I meant it for you, sir, who were crying out that you had no time to lose with madmen, while no one better than yourself knows that nature uses the instrument of human fantasy in order to pursue her high creative purpose.
The Manager. Very well, -- but where does all this take us?
The Father. Nowhere! It is merely to show you that one is born to life in many forms, in many shapes, as tree, or as stone, as water, as butterfly, or as woman. So one may also be born a character in a play.
The Manager [with feigned comic dismay]. So you and these other friends of yours have been born characters?
The Father. Exactly, and alive as you see! [MANAGER and ACTORS burst out laughing.]