The Man Who Was Goethe: Memoirs, Letters & Essays 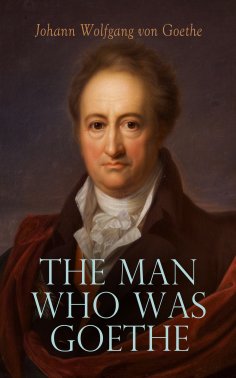 This meticulously edited collection is formatted for your eReader with a functional and detailed table of contents:
Biography
Life of Johann Wolfgang Goethe
Autobiography and Memoirs
Truth and Poetry: From My Own Life
Maxims and Reflections
Letters
Letters from Italy (Italian Journey)
Letters from Switzerland
Correspondence with K. F. Zelter
Eckermann's Conversations with Goethe
Essays
Theory of Colours
Winckelmann and His Age
Introduction to the Propyläen
Criticism on Goethe & His Works:
Goethe: The Writer (Ralph Waldo Emerson)
Byron and Goethe (Giuseppe Mazzini)
The Faust-Legend and Goethe's 'Faust' (H. B. Cotterill)
Goethe's Farbenlehre: Theory of Colors (I&II) (John Tyndall)