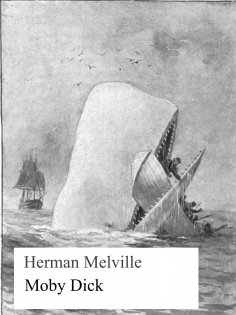 Moby-Dick; or, The Whale is an 1851 novel by American writer Herman Melville.

The book is sailor Ishmael's narrative of the obsessive quest of Ahab, captain of the whaling ship Pequod, for revenge on Moby Dick, the white whale that on the ship's previous voyage bit off Ahab's leg at the knee.
(from wikipedia.org)

Herman Melville (1819 - 1891) was an American novelist, short story writer, and poet of the American Renaissance period.

Among his best known works are Typee (1846), a romantic account of his experiences of Polynesian life, and his whaling novel Moby-Dick (1851).
(from wikipedia.org)