The Complete Leatherstocking Tales ( A to Z Classics ) 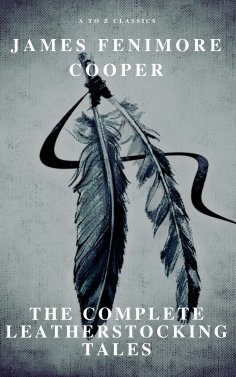 James Fenimore Cooper (1789-1851) was a highly prolific and popular American writer of the first part of the 19th century. Born in New Jersey, Cooper lived most of his life in Cooperstown, a community founded by and named after his father, in a newly-settled region of New York. James Fenimore Cooper became a sailor at the age of 17, voyaging to Europe and witnessing British impressment of American sailors. He later joined the U.S. Navy and served in the War of 1812. After leaving the Navy, Cooper began writing in 1820, eventually publishing more than 30 novels, as well as short stories, drama, and non-fiction during the next three decades.