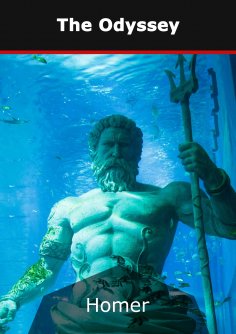 Sing to me of the man, Muse, the man of twists and turns
driven time and again off course, once he had plundered
the hallowed heights of Troy.

So begins Robert Fagles' magnificent translation of the Odyssey, which Jasper Griffin in The New York Times Review of Books hails as "a distinguished achievement."

If the Iliad is the world's greatest war epic, then the Odyssey is literature's grandest evocation of everyman's journey though life. Odysseus' reliance on his wit and wiliness for survival in his encounters with divine and natural forces, during his ten-year voyage home to Ithaca after the Trojan War, is at once a timeless human story and an individual test of moral endurance.

In the myths and legends that are retold here, Fagles has captured the energy and poetry of Homer's original in a bold, contemporary idiom, and given us an Odyssey to read aloud, to savor, and to treasure for its sheer lyrical mastery.

In the Western classical tradition, Homer is considered the author of The Iliad and The Odyssey, and is revered as the greatest of ancient Greek epic poets. These epics lie at the beginning of the Western canon of literature, and have had an enormous influence on the history of literature.

When he lived is unknown. Herodotus estimates that Homer lived 400 years before his own time, which would place him at around 850 BCE, while other ancient sources claim that he lived much nearer to the supposed time of the Trojan War, in the early 12th century BCE. Most modern researchers place Homer in the 7th or 8th centuries BCE.

The formative influence of the Homeric epics in shaping Greek culture was widely recognized, and Homer was described as the teacher of Greece. Homer's works, which are about fifty percent speeches, provided models in persuasive speaking and writing that were emulated throughout the ancient and medieval Greek worlds. Fragments of Homer account for nearly half of all identifiable Greek literary papyrus finds.