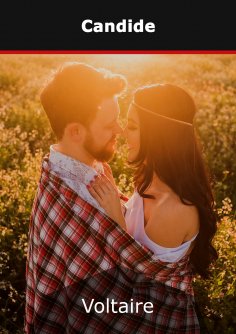 Candide is the story of a gentle man who, though pummeled and slapped in every direction by fate, clings desperately to the belief that he lives in "the best of all possible worlds." On the surface a witty, bantering tale, this eighteenth-century classic is actually a savage, satiric thrust at the philosophical optimism that proclaims that all disaster and human suffering is part of a benevolent cosmic plan.

Fast, funny, often outrageous, the French philosopher's immortal narrative takes Candide around the world to discover that -- contrary to the teachings of his distinguished tutor Dr. Pangloss -- all is not always for the best. Alive with wit, brilliance, and graceful storytelling, Candide has become Voltaire's most celebrated work.

François-Marie Arouet, known as Voltaire, is a French writer and philosopher who marked the 18th century.

The most famous representative of the philosophy of the Enlightenment, an Angloman, he was in his time the leader of the philosophical party, and was the favourite philosopher of the liberal bourgeoisie before the French Revolution and during the early 19th century.

His name remained attached to his fight against religious fanaticism, which he calls "the Infamous", for tolerance and freedom of thought. Anticlerical and deist outside the constituted religions, its political objective is that of a moderate and liberal monarchy, enlightened by the "philosophers".