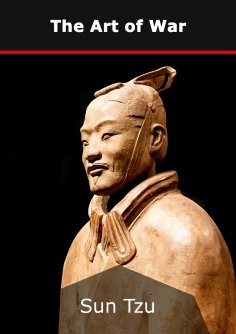 Twenty-Five Hundred years ago, Sun Tzu wrote this classic book of military strategy based on Chinese warfare and military thought. Since that time, all levels of military have used the teaching on Sun Tzu to warfare and civilization have adapted these teachings for use in politics, business and everyday life. The Art of War is a book which should be used to gain advantage of opponents in the boardroom and battlefield alike.

Sun Tzu is a honorific title bestowed upon Sun Wu , the author of The Art of War , an immensely influential ancient Chinese book on military strategy. Sun Tzu believed in the use of the military sciences to effect outcomes that would result in peace.

In the author's name, Sun Wu, the character wu, meaning "military", is the same as the character in wu shu, or martial art. Sun Wu also has a courtesy name, Chang Qing (Cháng Qing).