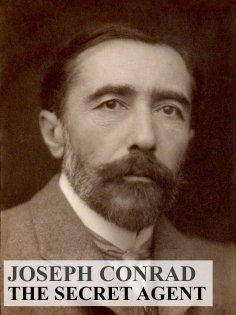 The Secret Agent: A Simple Tale is a novel by Joseph Conrad, published in 1907.

The story is set in London in 1886 and deals with Mr Adolf Verloc and his work as a spy for an unnamed country (presumably Russia).

The Secret Agent is one of Conrad's later political novels in which he moved away from his former tales of seafaring.
(from wikipedia.org)

Joseph Conrad (1857 - 1924) was a Polish-British writer regarded as one of the greatest novelists to write in the English language.

Though he did not speak English fluently until his twenties, he was a master prose stylist who brought a non-English sensibility into English literature.
(from wikipedia.org)