The Making of Religion 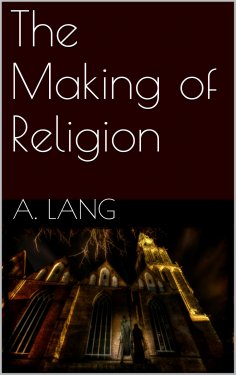 By the nature of things this book falls under two divisions. The first eight chapters criticise the current anthropological theory of the origins of the belief in spirits. Chapters ix.-xvii., again, criticise the current anthropological theory as to how, the notion of spirit once attained, man arrived at the idea of a Supreme Being. These two branches of the topic are treated in most modern works concerned with the Origins of Religion, such as Mr. Tyler's "Primitive Culture," Mr. Herbert Spencer's "Principles of Sociology," Mr. Jevons's "Introduction to the History of Religion," the late Mr. Grant Allen's "Evolution of the Idea of God," and many others. Yet I have been censured for combining, in this work, the two branches of my subject; and the second part has been regarded as but faintly connected with the first.