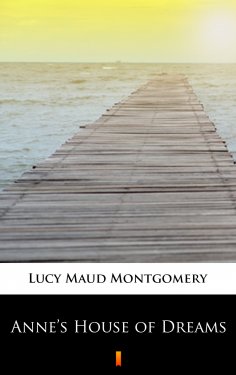 A chronicle of Anne’s early married life, as she and her childhood sweetheart Gilbert Blythe begin to build their life together in the little „house of dreams” in the picturesque, lonely and sometimes wild seascapes of Four Winds Harbour. A tale uniting the much-loved characters also brings a farewell to Anne Shirley and officially welcomes Anne Blythe. It also introduces intriguing and entertaining new characters – Captain Jim, the tragic Lesley, the outspoken and warmhearted Miss Cornelia and homely Susan. While Anne’s days are filled with triumphs and tragedies, her imagination, spirit, and sense of humor guide her as she navigates this next chapter in her extraordinary life. Montgomery’s fifth installment changes its perception of Anne adding a new tone of sadness to the series which differs from that of the previous books.