The Land of the Blue Flower (Illustrated Edition) 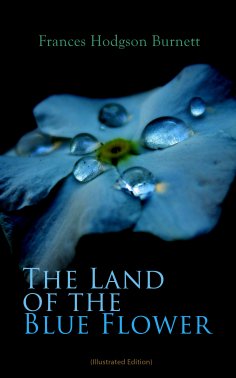 "The Land of the Blue Flower" – Amor is a young orphaned king who, advised by a wise old man, leaves his dark and gloomy kingdom. He returns with the seeds of blue flower which turns out to be magical.
"The Story of Prince Fairyfoot' is the tale of a young prince who represents an embarrassment for his large footed royal family. He leaves the royal castle, and walks off to live with the family of a sheepherder, destined to find happiness.
"The Proud Little Grain of Wheat" is the tale that follows the adventures and escapades of a single grain from the time it gets planted into the ground to the time she gets consumed. This grain is extremely proud of itself, wanting to be the best at being seed, flower or a cake.
"In the Closed Room" – Judith is a beautiful young girl who resembles her Aunt Hester who died at fifteen. Her parents become caretakers of a house that was abandoned quickly by a family grieving the sudden death of their child. In the closed room of the spooky house Judith meets a new friend.