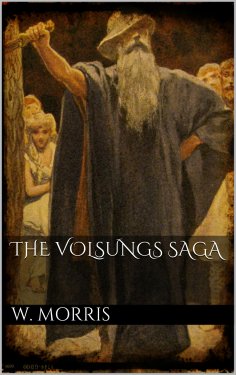 Of all the stories kept in being by the saga-tellers and left for our delight, there is none that so epitomises human experience; has within the same space so much of nature and of life; so fully the temper and genius of the Northern folk, as that of the Volsungs and Niblungs, which has in varied shapes entered into the literature of many lands. In the beginning there is no doubt that the story belonged to the common ancestral folk of all the Teutonic of Scando-Gothic peoples in the earliest days of their wanderings. Whether they came from the Hindu Kush, or originated in Northern Europe, brought it with them from Asia, or evolved it among the mountains and rivers it has taken for scenery, none know nor can; but each branch of their descendants has it in one form or another, and as the Icelanders were the very crown and flower of the northern folk, so also the story which is the peculiar heritage of that folk received in their hands its highest expression and most noble form.