The Wonderful Wizard of Oz [with Biographical Introduction] 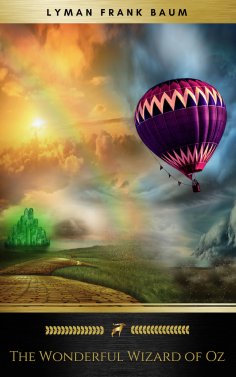 Dorothy and her canine pal Toto live a quiet life on a Kansas farm with Uncle Henry and Aunt Em. But one day, the little girl and her dog find themselves spirited away from the fields of Kansas, to the magical land of Oz! Dorothy and Toto meet many friends on the yellow-brick road to Emerald City, where she hopes to find a way home to Kansas-- but when she arrives, the city s mysterious ruler, the Wizard of Oz, is not what she expects! The Wizard can help Dorothy get home, but at a daunting price: she and her friends the Tin Woodsman, the Scarecrow, and the Cowardly Lion must kill the Wicked Witch of the West and free the Winkies from her rule. Dorothy s journey to Emerald City is only the beginning of this celebrated 52-episode adaptation of L. Frank Baum s beloved series of children s books, which goes beyond the tale of Wizard of Oz to introduce you to new friends, like the Gump, the Sawhorse, Jack Pumpkinhead, and Billina-- plus new adversaries in the witch Mombi, General Jinjur and the All-Girl Army, and the bitter and scheming Nome King. Dorothy must team up with old friends and new to save all of Oz and return Emerald City to its rightful ruler, the mysterious Ozma. One way or another, Dorothy s not in Kansas anymore! The Wonderful Wizard of Oz was animated by Studio Panmedia and originally broadcast in 1986. This international version presents every episode in English, narrated by celebrated screen actress Margot Kidder.