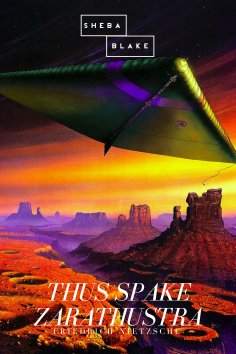 Thus Spoke Zarathustra is a philosophical novel by German philosopher Friedrich Nietzsche, composed in four parts between 1883 and 1885 and published between 1883 and 1891. Much of the work deals with ideas such as the "eternal recurrence of the same", the parable on the "death of God", and the "prophecy" of the Ubermensch, which were first introduced in The Gay Science. The book chronicles the fictitious travels and speeches of Zarathustra. Zarathustra's namesake was the founder of Zoroastrianism, usually known in English as Zoroaster. Nietzsche is clearly portraying a "new" or "different" Zarathustra, one who turns traditional morality on its head. He goes on to characterize "what the name of Zarathustra means in my mouth, the mouth of the first immoralist.