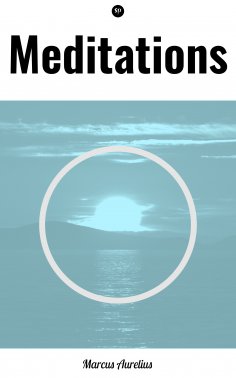 "Put an end once for all to this discussion of what a good man should be, and be one."
"Let opinion be taken away, and no man will think himself wronged. If no man shall think himself wronged, then is there no more any such thing as wrong."
Meditations is a series of personal writings by Marcus Aurelius, recording his private notes to himself and ideas on Stoic philosophy. He wrote the 12 books of the Meditations as a source for his own guidance and self-improvement. A central theme to Meditations is the importance of analyzing one's judgment of self and others and the development of a cosmic perspective.
Marcus Aurelius (121 – 180) was Roman emperor from 161 to 180, ruling jointly with Lucius Verus until Verus' death in 169 and jointly with his son, Commodus, from 177. He was the last of the so-called Five Good Emperors. He was a practitioner of Stoicism.