Through the Gates of the Silver Key 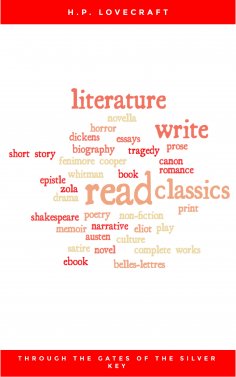 At a gathering to decide the fate of Randolph Carter's estate which has been held in trust since his disappearance the mysterious Swami Chandraputra, who wears curious mittens and enveloping robes, tells Carter's acquaintances of his ultimate fate. He explains that the key took Carter to a type of higher dimension. There, Carter, on an ill-defined mission (or out of sheer curiosity), travelled strange sections of the cosmos by first meeting with 'Umr at-Tawil, a dangerous being warned of in the Necronomicon, saying those who deal with it never return