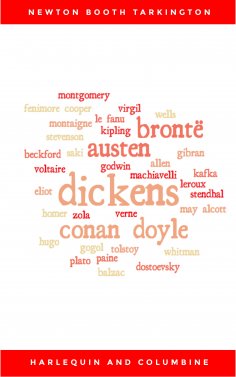 American novelist Booth Tarkington's life spanned the period 1869-1946, giving him a unique insight into the United States as its culture underwent a number of rapid changes. In the humorous novel Harlequin and Columbine, Tarkington explores the cult of celebrity that began to flower in earnest in the early decades of the twentieth century, using the character of an egotistical actor, Talbot Potter, as the focus of his gentle but hilariously spot-on satire.