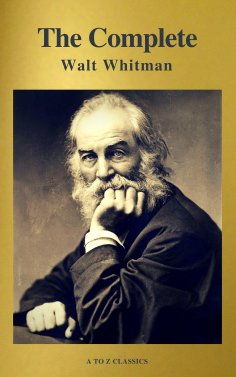 With A to Z Classics, discover or rediscover all the classics of literature. (New font)

Walt Whitman is widely regarded as one of the greats of American literature, despite causing great controversy in his own era, due to the apparent 'obscenity' of his works – in particular for his poetic masterpiece "Leaves of Grass".

This huge collection contains ALL of Walt Whitman's works – both poetry and prose. These have been separated into chapters based on the books in which they were originally published, and are as follows:

Drum-Taps
Leaves of Grass
The Patriotic Poems of Walt Whitman
The Complete Prose Works
The Wound Dresser
The Letters of Anne Gilchrist and Walt Whitman.