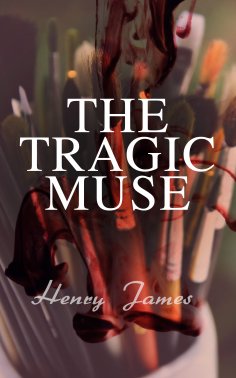 The Tragic Muse presents wide and cheerful panorama of English life through the fortunes of two would-be artists: Nick Dormer, who throws over a political career in his efforts to become a painter, and Miriam Rooth, an actress striving for artistic and commercial success. Nick Dormer wants to pursue a career in painting instead of his family's traditional role in British politics. Despite his misgivings Nick goes through an election campaign, supported by his lady friend Julia, and wins a seat in Parliament. However, Nick seeks to become an artist and resigns from Parliament , and when Miriam comes from Paris to London in search of theatrical success, she sits to Nick for her portrait as "the tragic muse."

Henry James (1843–1916) was an American-British writer who spent most of his writing career in Britain. James is regarded as one of the key figures of 19th-century literary realism. He is best known for a number of novels dealing with the social and marital interplay between emigre Americans, English people, and continental Europeans – examples of such novels include The Portrait of a Lady, The Ambassadors, and The Wings of the Dove.