The Bride of Lammermoor (Unabridged) 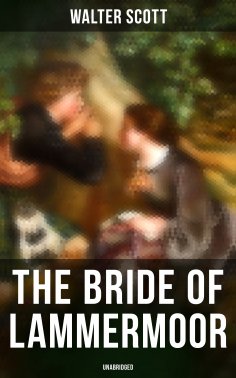 This eBook edition of "The Bride of Lammermoor" has been formatted to the highest digital standards and adjusted for readability on all devices.
The Bride of Lammermoor is set in the Lammermuir Hills of south-east Scotland, and tells of a tragic love affair between young Lucy Ashton and her family's enemy Edgar Ravenswood. Edgar's father was stripped of the title for supporting the deposed King James VII. Lucy's ambitious father, Sir William Ashton, then bought the Ravenswood estate. Edgar hates Sir William for this usurpation of his family's heritage, but on meeting Lucy, falls in love with her, and renounces his plans for vengeance.