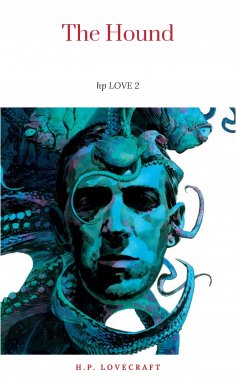 "The Hound" is a short story written by H. P. Lovecraft in September 1922 and published in the February 1924 issue of Weird Tales. It contains the first mention of Lovecraft's fictional text the Necronomicon,
The story focuses around the narrator and his friend St. John, who have a deranged interest in robbing graves. They constantly defile crypts and often keep souvenirs of their nocturnal expeditions. Since they reside in the same house, they have the opportunity to set up a sort of morbid museum in their basement. Using the objects they collect from the various graves they have robbed, they organize the private exhibition. The collection consists of headstones, preserved bodies, skulls, and several heads in different phases of decomposition. It also included statues, frightful paintings, and a locked portfolio bound in tanned human-skin.