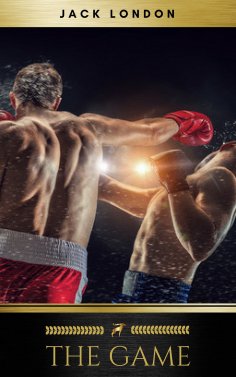 On the eve of their wedding, twenty-year-old Jack Fleming arranges a secret ringside seat for his sweetheart to view her only rival: the "game." Through Genevieve's apprehensive eyes, we watch the prizefight that pits her fair young lover, "the Pride of West Oakland," against the savage and brutish John Ponta and that reveals as much about her own nature, and Joe's, as it does about the force that drives the two men in their violent, fateful encounter.

Responding to a review that took him to task for his realism, Jack London wrote, "I have had these experiences and it was out of these experiences, plus a fairly intimate knowledge of prize-fighting in general, that I wrote The Game." With this intimate realism, London took boxing out of the realm of disreputable topics and set it on a respectable literary course that extends from A. J. Liebling to Ernest Hemingway to Joyce Carol Oates. The familiarity of London's boxing writing testifies to its profound influence on later literary commentators on the sport, while the story The Game tells remains one of the most powerful and evocative portraits ever given of prizefighters in the grip of their passion.