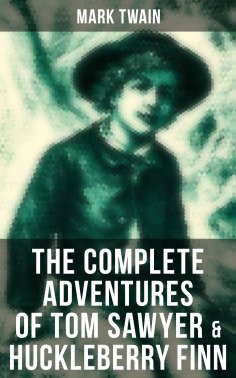 Huckleberry "Huck" Finn is a fictional character created by Mark Twain, who first appeared in the book The Adventures of Tom Sawyer and is the protagonist and narrator of its sequel, Adventures of Huckleberry Finn. He is 12 or 13 years old during the former and a year older ("thirteen or fourteen or along there," Chapter 17) at the time of the latter. Huck also narrates Tom Sawyer Abroad and Tom Sawyer, Detective, two shorter sequels to the first two books.
Samuel Langhorne Clemens (1835–1910), better known by his pen name Mark Twain, was an American writer, humorist, entrepreneur, publisher, and lecturer.