The Military Writings of Rudyard Kipling 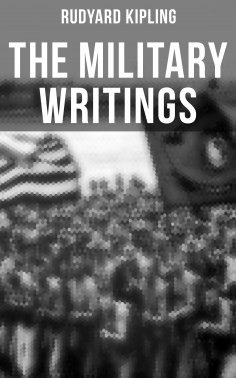 Musaicum Books presents to you this carefully created volume of "The Military Writings of Rudyard Kipling". This ebook has been designed and formatted to the highest digital standards and adjusted for readability on all devices.
Table of Contents: A Fleet in Being France at War The New Army in Training Sea Warfare The War in the Mountains The Graves of the Fallen The Irish Guards in the Great War - I The Irish Guards in the Great War - II The America Army America's Defenceless Coasts Autobiography: Something of Myself Joseph
Rudyard Kipling (1865-1936) was an English short-story writer, poet, and novelist. He wrote tales and poems of British soldiers in India and stories for children. He is regarded as a major innovator in the art of the short story; his children's books are classics of children's literature; and one critic described his work as exhibiting "a versatile and luminous narrative gift".