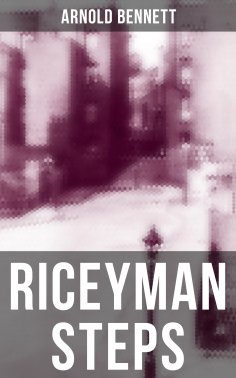 Riceyman Steps is a novel by British novelist Arnold Bennett, first published in 1923 and winner of that year's James Tait Black Memorial Prize for fiction. The story takes place in 1919-1920 and deals with the final year in the life of its main character, Henry Earlforward, a miser, who keeps a second-hand bookshop in the Clerkenwell area of London. Henry marries Violet Arb, a widow who keeps a neighbouring shop, and who sees in Henry a financially secure future. Henry's parsimony drives them into an increasingly wretched existence. Their lives are contrasted to that of their maid servant Elsie Sprickett and it is she, despite her extreme poverty, who brings life and a future to the bittersweet tale.
Arnold Bennett (1867-1931) was an English journalist, novelist, and writer. After working as a rent collector and solicitor's clerk, Bennett won a writing contest which convinced him to become a journalist. He later turned to the writing of novels, including his most famous Clayhanger and Anna of the five towns.