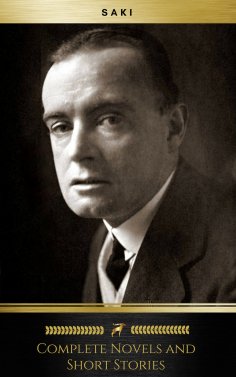 Saki's (a.k.a Hector Hugh Munro) unique brand of humor has resonated with readers for over a century. Both macabre and also at times vicious, his writing nonetheless manages to perfectly capture the trivial absurdities of the Edwardian era in England.

His subjects are almost always louche members of the upper classes - in particular his perfectly observed anti-heroes such as Clovis and Reginald - who wouldn't feel out of place in the world of P.G Wodehouse's 'Bertie Wooster'.

The fatal flaw of hypocrisy receives particular attention in Saki's world, with vengeful justice often meted out in the most unlikely and unexpected fashion by birds, beasts and children alike.

This collection contains both novels by Saki, all of his short story collections, and also his individual short stories the were published outside collections - in total 145 separate works.