The Essential H. Melville - 9 Books in One Volume 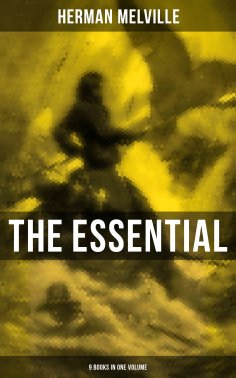 Moby-Dick; or, The Whale is a novel by Herman Melville, first published in 1851. The story tells the adventures of wandering sailor Ishmael, and his voyage on the whaleship Pequod, commanded by Captain Ahab. Ishmael soon learns that Ahab has one purpose on this voyage: to seek out Moby Dick, a ferocious, enigmatic white sperm whale. In a previous encounter, the whale destroyed Ahab's boat and bit off his leg, which now drives Ahab to take revenge. D. H. Lawrence's critique of Moby-Dick Lawrence's opinions earned him many enemies and he endured official persecution, censorship, and misrepresentation of his creative work throughout the second half of his life, much of which he spent in a voluntary exile which he called his "savage pilgrimage." Lawrence is now valued by many as a visionary thinker and significant representative of modernism in English literature. Typee is Herman Melville's first book, a classic in the literature of travel and adventure partly based on his actual experiences as a captive on the island Nuku Hiva in the South Pacific Marquesas Islands, in 1842.
Table of contents:
Moby-Dick
D. H. Lawrence's critique of Moby-Dick
Typee
The Piazza
Bartleby
Benito Cereno
The Lightning-Rod Man
The Encantadas, or Enchanted Isles
The Bell-Tower
The Confidence-Man
Herman Melville (1819–1891) was an American novelist, short story writer, and poet of the American Renaissance period. His best known works include Typee (1846), a romantic account of his experiences in Polynesian life, and his whaling novel Moby-Dick (1851).