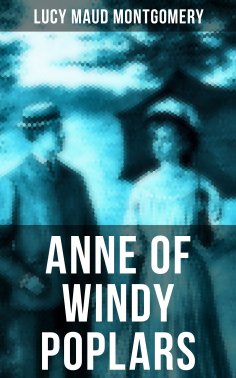 "Anne of Windy Poplars," also published as Anne of Windy Willows in the UK, Australia and Japan, is an epistolary novel by L. M. Montgomery. First published in 1936, it details Anne Shirley's experiences over three years teaching at a high school in Summerside, Prince Edward Island. The novel features a series of letters Anne sends to her intended, Gilbert Blythe, who is completing medical school. Chronologically, this book is fourth in the series, but it was the seventh book written.
Lucy Maud Montgomery (1874–1942), was a Canadian author best known for a series of novels beginning with Anne of Green Gables. Montgomery went on to publish 20 novels as well as 530 short stories, 500 poems, and 30 essays.