The Incredible Life of Olaudah Equiano, A British Ex-Slave 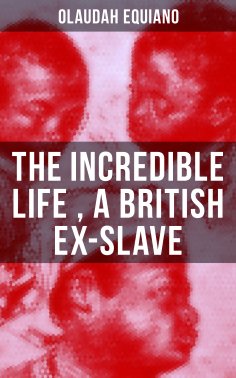 This book describes Equiano's time spent in enslavement and documents his attempts at becoming an independent man through his study of the Bible along with his eventual success in gaining his own freedom and in business thereafter. Published in 1789 and attracting attention, was considered highly influential in gaining passage of the Slave Trade Act 1807, which ended the African trade for Britain and its colonies.
Excerpt:
"I believe it is difficult for those who publish their own memoirs to escape the imputation of vanity; nor is this the only disadvantage under which they labour: it is also their misfortune, that what is uncommon is rarely, if ever, believed, and what is obvious we are apt to turn from with disgust, and to charge the writer with impertinence. People generally think those memoirs only worthy to be read or remembered which abound in great or striking events, those, in short, which in a high degree excite either admiration or pity: all others they consign to contempt and oblivion."
Olaudah Equiano (1745–1797) known in his lifetime as Gustavus Vassa was a prominent African in London, a freed slave who supported the British movement to end the slave trade.