The Man behind the Legend: Memoirs, Autobiographical Novels & Essays of Jack London 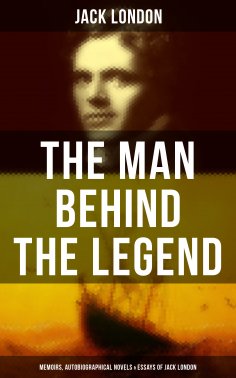 This collection is trying to uncover who was this incredible charismatic author, what hides behind the adventurous life anecdotes he wrote about, what were his convictions, dreams and what were his darkest hours.
Content:
"The Road" is London's account of London's experiences as a hobo in the 1890s, during the worst economic depression the United States had experienced up to that time.
"The Cruise of the Snark" chronicles London's sailing adventure in 1907 across the south Pacific in his ketch the Snark. Accompanying London on this voyage was his wife Charmian London and a small crew.
"John Barleycorn" is an autobiographical account of Jack London dealing with his enjoyment of drinking and struggles with alcoholism.
"The People of the Abyss" describes London's experiences about life in the East End of London in 1902. He wrote this first-hand account after living in the East End for several months, sometimes staying in workhouses or sleeping on the streets.
"Martin Eden" is a novel about a young proletarian autodidact, former sailor, struggling to become a writer. Eden is a semi-autobiographical character, based on London himself.
"The Mutiny of the Elsinore" - After death of the captain, the crew of a ship split between the two senior surviving mates. The novel is based on London's voyage around Cape Horn on the Dirigo.
Short Stories:
Tales of the Fish Patrol - As a 16 year old man, Jack London became a member of the California Fish Patrol. These are the stories drawn from his experiences in catching fish poachers.
The Human Drift is a collection of short sketches, stories and essays, mostly concerning sailing and London's love for sea.
Essays:
Through The Rapids on the Way to the Klondike
From Dawson to the Sea
Our Adventures in Tampico…
Jack London was an American novelist, journalist, railroad hobo, gold prospector, sailor, poet, socialist, an oyster pirate, war correspondent and a rancher.