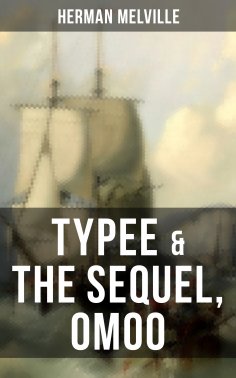 Typee: A Peep at Polynesian Life describes the narrator's four month stay on the island Nuku Hiva in the South Pacific Marquesas Islands. It is a story of capture, escape and romance with lovely nymph Fayaway. The narrative is based on the author's actual experiences in the South Pacific.
Omoo: A Narrative of Adventures in the South Seas is a sequel to the Sea narrative Typee. After leaving the island of Nuku Hiva, the narrator ships aboard a whaling vessel that makes its way to Tahiti, after which there is a mutiny and the majority of the crew are imprisoned on Tahiti. Omoo is also based on the author's experiences in the South Pacific.
Herman Melville (1819-1891) was an American novelist, short story writer, and poet of the American Renaissance period. His writing draws on his experience at sea as a common sailor, exploration of literature and philosophy, and engagement in the contradictions of American society in a period of rapid change.