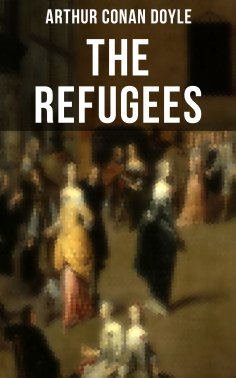 This eBook edition of "The Refugees" has been formatted to the highest digital standards and adjusted for readability on all devices.
The Refugees revolves around Amory de Catinat, a Huguenot guardsman of Louis XIV, and Amos Green, an American who comes to visit France. The novel depicts Louis XIV's marriage to Madame de Maintenon, retirement from court of Madame de Montespan, the revoking of the Edict of Nantes and the subsequent emigration of the Huguenot de Catinats to America.
Arthur Conan Doyle (1859-1930) was a British writer best known for his detective fiction featuring the character Sherlock Holmes. The Sherlock Holmes stories are generally considered milestones in the field of crime fiction. Doyle is also known for writing the fictional adventures of Professor Challenger and for propagating the mystery of the Mary Celeste. He was a prolific writer whose other works include fantasy and science fiction stories, plays, romances, poetry, non-fiction and historical novels.