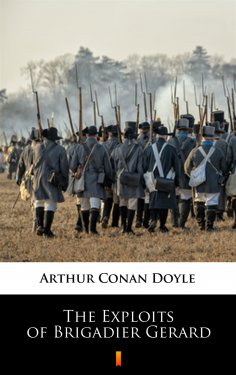 „The Exploits of Brigadier Gerard” is a volume collecting 8 short stories about a courier and cavalryman in the personal service of Napoleon Bonaparte. The stories in „The Exploits of Brigadier Gerard” are all told in the first person by an aged Gerard looking back on his military endeavours in the early 1800s when there was no man prouder to serve the Emperor Napoleon. Etienne Gerard is a dashing, chivalrous, and stalwart French officer who becomes involved various suspenseful and often comical political intrigues. He battles outlaws, Englishmen and Cossacks and always maintains a his honor and his style. However, despite his ludicrous self-adoration, Gerard is a hugely likeable figure owing to the fact that he does display the commendable traits of loyalty and bravery that he cannot disguise.