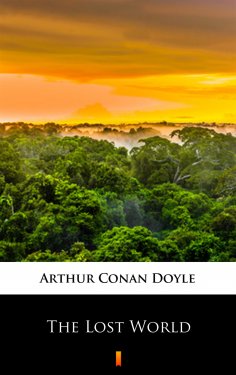 The restless, questing intellect of Sir Arthur Conan Doyle spurred him far beyond the ingenious puzzles he constructed for Sherlock Holmes. Arthur Conan Doyle’s „The Lost World” focuses on a story about an expedition in the South American Rainforest, leading its four protagonists on a plateau which seems to surround a world believed to be long-gone. Professor Challenger is the one defending his findings, Professor Summerlee is the skeptic, and there are two unbiased observers: the guide, Lord John Roxton, and a reporter Ned Malone, who also servers as the Narrator of the story. Confronted with dinosaurs like pterodactyls, iguanodons or stegosaurus, our main characters have to solve many difficult or even dramatic situations, and it’s one enjoyable thing to read it. Originally published in 1912, this imaginative fantasy unfolds with humor and good-natured satirical eye for pedantry.