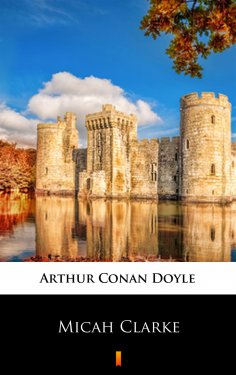 Narrated by the character for whom the title is named and set in the late 1600’s, Micah Clarke describes the battle of peasants against the existing king of England in the hopes that they can replace the monarch with his brother who feels he has been unjustly denied the throne. Micah Clarke, a young, innocent peasant joins forces with other peasants, among the Puritans, to fight for this pathetic duke’s cause. It was attempt by Conan Doyle to present the story of the Puritans in a more favorable light than generally thought of in England at the time the book was written – a historical romance about the Monmouth rebellion and ’Hanging Judge’ Jeffries told by a humble adherent of the Duke of Monmouth – the whole story of the rising in Somerset, the triumphant advance towards Bristol and Bath, and the tragic rout at Sedgemoor (1685).