Sir Quixote of the Moors 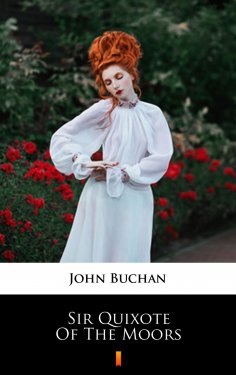 In the mid-sixteenth century, Jean de Rohaine, a middle-aged French nobleman, journeys to Scotland in search of adventure and a new beginning. In Scotland he meets up with his old friend, Quentin Kennedy, who informs him of a great battle to be waged. Having witnessed Royalist troops butchering suspected Covenanters, he follows the example of ‘godly’ refugees and escapes to the safety of the hills around Eskdalemuir and the head of Ettrick Water. Whilst staying at the Manse of Lindean, he falls in love but honour forbids he should win a woman he has pledged to protect for another. It is a unique novel of a haunting Scottish lifestyle that differs from Buchan’s later works, such as „The Thirty-Nine Steps”. The love story here is also central in a way that it is not to later works by Buchan, so that aspect of the narrative will prove interesting to readers who might be curious about how Buchan examines gender and sexuality in his fiction.