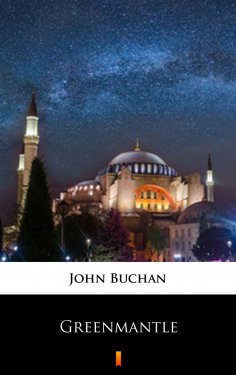 A classic espionage and adventure novel set during The Great War, featuring the reckless Richard Hannay. Sequel to „The Thirty-Nine Steps” and precursor to Mr. Standfast. Tasked with unraveling a mysterious message, Hannay travels through Germany and the Middle East, searching for the elusive religious leader ’’Greenmantle’’. He is joined by three more of Buchan’s heroes: Peter Pienaar, the old Boer Scout; John S. Blenkiron, the American determined to fight the Kaiser; and Sandy Arbuthnot, Greenmantle himself, modelled on Lawrence of Arabia. However, they must begin the task with no clues except three words scribbled on a piece of paper – Kasredin, cancer, and v.I. In different disguises the men take separate roads to Constantinople where they will meet and begin their search, if they all arrive safely – and it’s a big if.