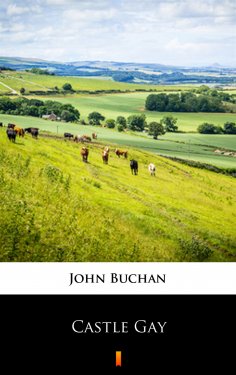 „Castle Gay” is the second of Buchan’s three Dickson McCunn books and is set in south west Scotland in the Dumfries and Galloway region in the 1920s. The plot revolves around the self-discovery of a media mogul named Craw, who is firstly the subject of mistaken identity and then the target of Balkan extremists who wish to use his newspapers to influence their political cause. Mr. Craw’s journey is overseen by Jaikie Galt, one of the young scamps in „Huntingtower”, who is now a Cambridge undergraduate and international rugby player. Jaikie and Craw embark on life-changing travels around the Scottish wilderness, where they both re-evaluate their values and choices in life although they arrive at very different conclusions. There is appreciation of the wilds and the simple lives of the shepherds along with the politics and international intrigue. There is the threat of violence, which is averted through quick thinking, which make the story exciting.