The Count of Monte Cristo (With Original Illustrations) 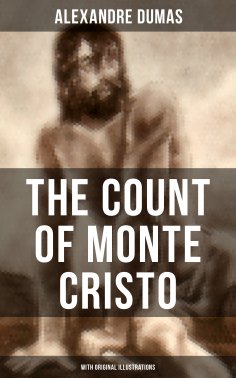 This beautifully illustrated eBook edition of "The Count Of Monte Cristo" has been formatted to the highest digital standards and adjusted for readability on all devices.
The Count of Monte Cristo is an adventure novel. It is one of the author's most popular works, along with The Three Musketeers. Dumas completed the work in 1844. The story takes place in France, Italy, islands in the Mediterranean, and in the Levant during the historical events of 1815-1838. It is an adventure story primarily concerned with themes of hope, justice, vengeance, mercy and forgiveness, it focuses on a man who is wrongfully imprisoned, escapes from jail, acquires a fortune and sets about getting revenge on those responsible for his imprisonment. However, his plans have devastating consequences for the innocent as well as the guilty. The book is considered a literary classic today.
Alexandre Dumas (1802-1870), was a French writer. His works have been translated into nearly 100 languages, and he is one of the most widely read French authors.