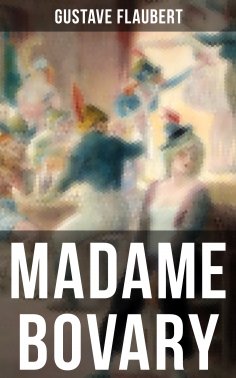 Madame Bovary is the French writer Gustave Flaubert's debut novel. The story focuses on a doctor's wife, Emma Bovary, who has adulterous affairs and lives beyond her means in order to escape the banalities and emptiness of provincial life. Though the basic plot is rather simple, even archetypal, the novel's true art lies in its details and hidden patterns. Flaubert was a notorious perfectionist and claimed always to be searching for le mot juste ("the precise word"). Madame Bovary takes place in provincial northern France, near the town of Rouen in Normandy. The story begins and ends with Charles Bovary, a stolid, kindhearted man without much ability or ambition.
Gustave Flaubert (1821-1880) was an influential French writer who was perhaps the leading exponent of literary realism of his country. The celebrated short story writer Maupassant was a protégé of Flaubert.