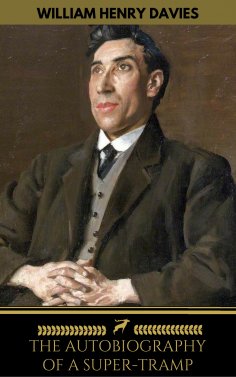 This carefully crafted ebook: "The Autobiography of a Super-Tramp (The life of William Henry Davies)" is formatted for your eReader with a functional and detailed table of contents. The Autobiography of a Super-Tramp is an autobiography first published in 1908 by the Welsh poet and writer W. H. Davies. A large part of the book's subject matter describes the way of life of the tramp in United Kingdom, Canada and the United States in the final decade of the 19th century. Table of Contents Childhood Youth Manhood Brum A Tramp's Summer Vacation A Night's Ride Law in America A Prisoner His Own Judge Berry Picking The Cattleman's Office A Strange Cattleman Thieves The Canal The House-boat A Lynching The Camp Home Off Again A Voice in the Dark Hospitality London The Ark Gridling On the Downright The Farmhouse Rain and Poverty False Hopes On Tramp Again A Day's Companion The Fortune Some Ways of Making a Living At Last Success A House to Let W. H. Davies (1871–1940) was a Welsh poet and writer. Davies spent a significant part of his life as a tramp or hobo, in the United Kingdom and United States, but became one of the most popular poets of his time. The principal themes in his work are the marvels of nature, observations about life's hardships, his own tramping adventures and the various characters he met.