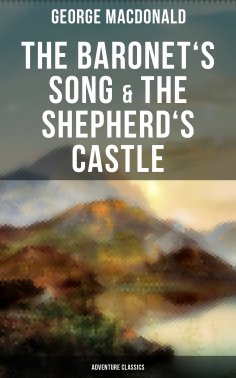 "Sir Gibbie"- The novel follows Sir Gibbie on his adventures through the moors of Scotland's Highlands. Having no mother and an alcoholic father, Gibbie must survive on the streets as a child unable to read or speak. It is notable for its Doric dialogue, but has been criticized, especially by members of the Scottish Renaissance, for being part of the kailyard movement. Despite this, there are far more who claim the book paints a fair view of urban as well as rural life. The book doesn't seem to dwell as long on physical geography as it does on the spiritual geography of the soul.

"Donal Grant" is the sequel to Sir Gibbie and it follows the steps of Gibbie's friend Donald as he tries to find a place for himself in the world. He manages to become a tutor to the son of an Earl. During his service he solves the mystery of the castle's lost room and, in the meanwhile, gets the interest of the earl's niece, who finds himself a special kind of person.

George MacDonald (1824-1905) was a Scottish author, poet, and Christian minister. He was a pioneering figure in the field of fantasy literature and the mentor of fellow writer Lewis Carroll. His writings have been cited as a major literary influence by many notable authors including W. H. Auden, C. S. Lewis, J. R. R. Tolkien, Walter de la Mare, E. Nesbit and Madeleine L'Engle. G. K. Chesterton cited The Princess and the Goblin as a book that had "made a difference to my whole existence". MacDonald has been credited with founding the "kailyard school" of Scottish writing.