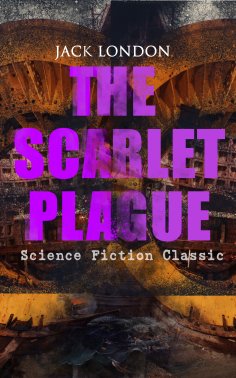 The Scarlet Plague is a post-apocalyptic tale set in 2073, sixty years after an uncontrollable epidemic, the Red Death, has depopulated the planet. James Howard Smith is one of the few survivors of the pre-plague era left alive in the San Francisco area, and he travels with his grandsons Edwin, Hoo-Hoo, and Hare-Lip, who live as primeval hunter-gatherers in a heavily depopulated world. Smith, whom they call "Granser", decides to tell them the story of the disease alternately referred to as scarlet plague, scarlet death, or red death.
Jack London (1876-1916) was an American novelist, journalist, and social activist. His amazing life experience also includes being an oyster pirate, railroad hobo, gold prospector, sailor, war correspondent and much more. He wrote adventure novels & sea tales, stories of the Gold Rush, tales of the South Pacific and the San Francisco Bay area - most of which were based on or inspired by his own life experiences.