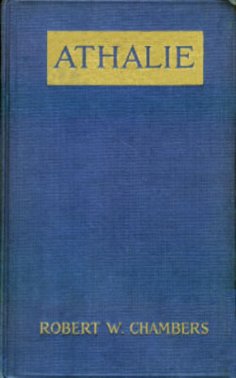 When Mrs. Greensleeve first laid eyes on her baby she knew it was different from the other children.

"What is the matter with it?" she asked.

The preoccupied physician replied that there was nothing the matter. In point of fact he had been admiring the newly born little girl when her mother asked the question.

"She's about as perfect as they make 'em," he concluded, placing the baby beside her mother.

The mother said nothing. From moment to moment she turned her head on the pillow and gazed down at her new daughter with a curious, questioning expression. She had never gazed at any of her other children so uneasily. Even after she fell asleep the slightly puzzled expression remained as a faint crease between her brows.

Her husband, who had been wandering about from the bar to the office, from the office to the veranda, and occasionally entirely around the exterior of the road-house, came in on tiptoe and looked rather vacantly at them both.

Then he went out again as though he was not sure where he might be going. He was a little man and mild, and he did not look as though he had been created for anything in particular, not even for the purpose of procreation.

It was one of those early April days when birds make a great fuss over their vocal accomplishments, and the brown earth grows green over night—when the hot spring sun draws vapours from the soil, and the characteristic Long Island odour of manure is far too prevalent to please anybody but a native.