PSYCHOANALYSIS FOR BEGINNERS: A General Introduction to Psychoanalysis & Dream Psychology 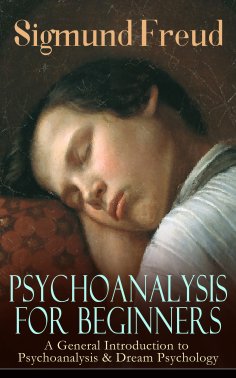 This carefully crafted ebook: "PSYCHOANALYSIS FOR BEGINNERS: A General Introduction to Psychoanalysis & Dream Psychology" is formatted for your eReader with a functional and detailed table of contents.
Introduction to Psychoanalysis is a set of lectures given by Sigmund Freud 1915-17, which became the most popular and widely translated of his works. The 28 lectures offered an elementary stock-taking of his views of the unconscious, dreams, and the theory of neuroses at the time of writing, as well as offering some new technical material to the more advanced reader. In these three-part Introductory Lectures, by beginning with a discussion of Freudian slips in the first part, moving on to dreams in the second, and only tackling the neuroses in the third, Freud succeeded in presenting his ideas as firmly grounded in the common-sense world of everyday experience.
Freud built his complete method of psycho-analysis around his dream theories. In the book Dream Psychology: Psychoanalysis for Beginners Freud explains the buried meanings inside dreams, particularly the drive and the connection between the unconscious and conscious, blocked sexual cravings, and the significance of dreams to our overall well-being.
Sigmund Freud (1856-1939) was an Austrian neurologist and the father of psychoanalysis, a clinical method for treating psychopathology through dialogue between a patient and a psychoanalyst. In creating psychoanalysis, Freud developed therapeutic techniques such as the use of free association and discovered transference, establishing its central role in the analytic process. Freud's redefinition of sexuality to include its infantile forms led him to formulate the Oedipus complex as the central tenet of psychoanalytical theory. His analysis of dreams as wish-fulfillments provided him with models for the clinical analysis of symptom formation and the mechanisms of repression as well as for elaboration of his theory of the unconscious.