The Just So Stories for Little Children (Illustrated) 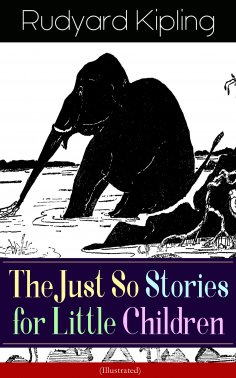 This carefully crafted ebook: "The Just So Stories for Little Children (Illustrated)" is formatted for your eReader with a functional and detailed table of contents.
The Just So Stories for Little Children are a highly fantasized origin stories, especially for differences among animals, they are among Kipling's best known works. The stories are pourquoi (French for "why") or origin stories, fantastic accounts of how various phenomena came about. In it, Mowgli hears the story of how the tiger got his stripes. The Just So Stories typically have the theme of a particular animal being modified from an original form to its current form by the acts of man, or some magical being. For example, the Whale has a tiny throat because he swallowed a mariner, who tied a raft inside to block the whale from swallowing other men. The Camel has a hump given to him by a djinn as punishment for the camel's refusing to work (the hump allows the camel to work longer between times of eating). The Leopard's spots were painted by an Ethiopian (after the Ethiopian painted himself black). The Kangaroo gets its powerful hind legs, long tail, and hopping gait after being chased all day by a dingo, sent by a minor god responding to the Kangaroo's request to be made different from all other animals.
Rudyard Kipling (1865-1936) was an English short-story writer, poet, and novelist. He wrote tales and poems of British soldiers in India and stories for children. He is regarded as a major innovator in the art of the short story; his children's books are classics of children's literature; and one critic described his work as exhibiting "a versatile and luminous narrative gift".